Entering week two, I have been carrying the skills that I learned about in the previous week focusing on photography to the design concepts I have been reading and listening to this week. At first, I was a little unsure about where I would find these design concepts such as dominance, color, and rhythm, but then I realized that to recognize them, I would need to have a strong grasp on what they were. After taking some time to comprehend the material that I read in “The Vignelli Canon” and reflecting on the information that was provided in the weekly summary, I began to look for the concepts that I had learned about.

The first concept I decided to tackle was dominance because I thought it was going to be the easiest to find. After reading Steven Bradley’s analysis on what dominance is and what it brings to design, I began to look around my house for anything that screamed dominance. Although, at my house, we do not really have a lot of pictures hanging on our walls, so I decided to look more closely into my room. I only have a couple of photos in my room and I noticed that the picture of Philadelphia’s City Hall represented aspects of dominance. 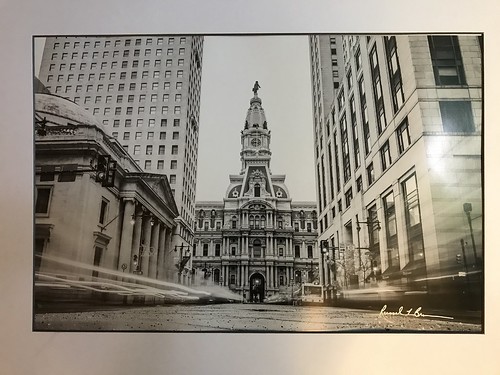 The use of whitespace in this photo allows for the focal point to be the city hall building. With that being said, through creating this focal point and utilizing whitespace, the photo creates “an entry point on the page from which you can lead the viewer to other parts of the page” (Bradley). Additionally, the focal point, city hall, allows the viewers to notice the center of the building first and then connect that idea with the rest of the element residing in the photo. Also, creating a dominant element in design aids the viewer where they should start first and has them think less about what you want them to see instead of having them search for it. I believe that this photo is an effective example of what dominance embodies because it makes the viewer start at the center of the photo which is the city hall, and then brings in the other elements surrounding the building. Overall, by doing so, it allows the viewer to create an understanding of what city hall means and the importance it has in the photo.

When thinking about color theory, it was a little hard for me to grasp what a good use of color was until I watched Karen Kavett’s explanation. Kavett goes on to dissect the color wheel as simply as possible and reviews how to use color schemes effectively such as monochromatic, analogous, and complimentary. With that being said, her example with explaining the color schemes as Youtube thumbnails made it easier for me to connect with what she was saying and understand how good the use of color can make or break a design. Also, after watching Kavett’s video, I began my search on trying to find successful applications of the color theory and landed on the welcome sign to Huntley Meadows park. 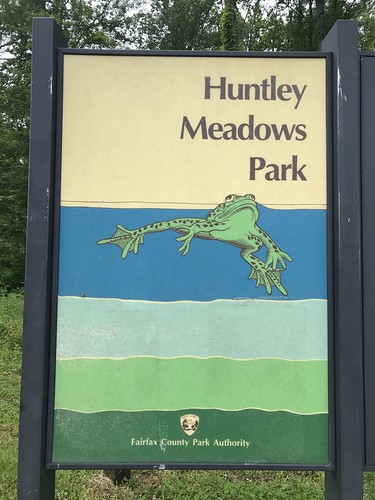 I took this photo as I was embarking on my daily walk, and could hear Kavett’s explanation of analogous color schemes running through my head. Before watching her video, the only color scheme that I was familiar with was monochromatic because my friends usually tell me that I wear a lot of monochromatic outfits, i.e., blue shirt with blue jeans (but hey, I like it!). So, when I saw this sign, it reminded me of an analogous color scheme because it has colors that are next to each other on the color wheel.

The cool colors that are utilized on the sign make it easy and pleasing for patrons to view. While the top of the sign is an off-yellow color, it still blends in with the cool colors under it to elicit the same effect. Also, the color of the frog represents a neutral green with dark shadows that allows it to adapt to the azure blue and then transition to a cooler shade of the color. Additionally, I think that the utilization of the white as a separator for the colors helps them stand out more, but not overpower them too much as totally separate colors. With that being said, the use of the cool colors eliminates the avoidance of complementary colors which allows for the flow into the succeeding sections. To me, the use of these colors extracts the meaning of what one is walking into which is the variant colors of greenery and exposures of blue in the lakes. Overall, I think this is a good example of an analogous color scheme and how cool colors can evoke a certain meaning about a place.

The next section I focused on was rhythm and it was not difficult for me to find. This concept of design was not hard for me to understand because it deals with the repetition of a pattern in a design. What makes a successful rhythm stand out is its complexities and ability to keep the eye moving. So, that is why I chose my bedspread to showcase its power to sustain my mind to wonder when a pattern ends and a new one begins. 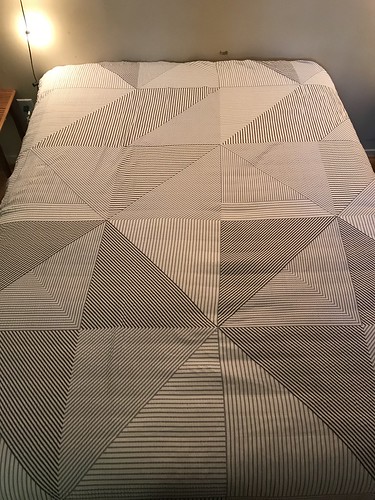 I have a lot of objects in my room that represent rhythm, but I chose this one because it has at least four different patterns that exhibit its complexities. Also, I think of this bedspread almost as a puzzle, because if I look at it too long, I start to lose track of a new patter, ergo, it keeps my mind occupied. With that being said, this bedspread allows my eyes to gravitate around each element of the pattern which creates a fast rhythm. All in all, I believe that it reveals the intricacies that lie within a rhythm that makes it an efficient design element without being too overpowering.

For the last segment of my design blitz, I chose to do typography. Before deciding to do this concept, I was taking a break from my assignments, so I went to go grab some coffee and go on my daily walk. As I was getting back into my car, I saw the “1-hour” parking sign right next to me and I thought it was a great example of what typography is. After getting back home, I re-read “Typography for Lawyers”, and more specifically, the section of what is good typography. My understanding of typography is that it needs a clear message, and if you are the one that is creating it then you need to understand the goals of the text. Also, it is important to highlight that “typographic choices that work for one text won’t necessarily work for another” (Typography for Lawyers). So, to me, typography is completely subjective, but it needs to relate and be concise to whatever message you are trying to relay. Also, typography on a street sign will probably not be the same typography that is on a birthday card because the audience and goals are different. 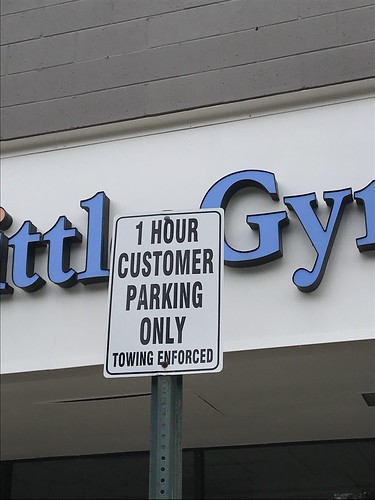 The typography that is used on this sign has a utilitarian effect because its goal is to be read by all and be as clear as possible. Additionally, it is meant to be read quickly and from long-distances, so the use of the bolded letters helps reinforce its purpose. Also, the utilization of the smaller font words, “Towing Enforced”, is contrasted with the bigger font words above it because what is above is more important to whoever is reading the sign. So, before someone parks, the priority of the words in the bigger font is read quickly and they will understand that they should not park there if they are going to be there longer for an hour. Overall, the typography used in this case is effective and executed efficiently which accomplishes its design purpose.

I enjoyed learning these design concepts to get a grasp on the foundations of what makes a good design. Also, applying them to everyday objects helped me reinforce what I read and watched about these key concepts. I look forward to implementing what I learned in this assignment to the rest of the tasks I will be completing this week.

This site uses Akismet to reduce spam. Learn how your comment data is processed.